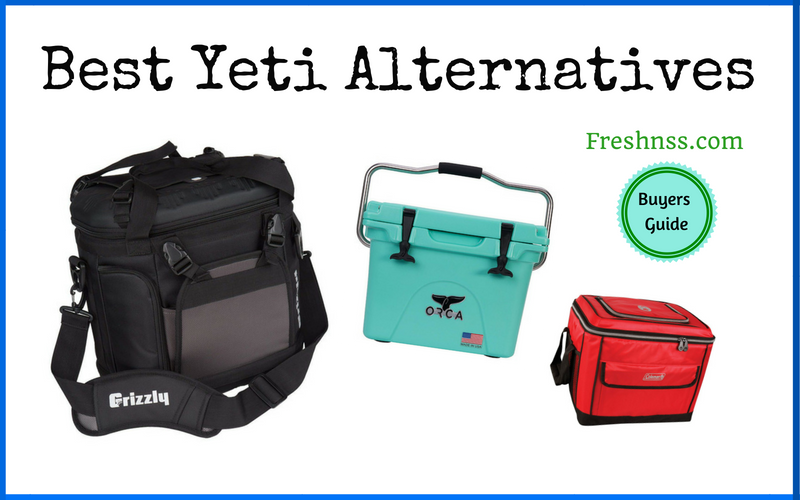 YETI coolers are leaders of the pack in the cooler market. They are durable, well designed and come with an impressive five-year warranty. Their popularity – or unpopularity with other folks – has encouraged new cooler brands to create options for buyers looking for coolers like YETI but cheaper or similarly priced but better. Whether you’re looking for an ice chest, a rotomolded cooler, or a soft cooler bag, we’ve researched and found the best YETI alternatives on the market, as well as a couple you should avoid.

Reviews of the 8 Best Yeti Alternative Coolers, Plus the 2 Worst to Avoid 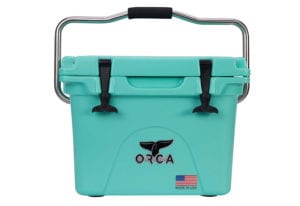 Although they have similar prices, Orca products are definitely the best YETI alternative of 2020 and even outrun their main competitor. When we compared the best Orca vs YETI alternative cooler, we discovered the 20-quart model to be a point of contrast. The Orca 20 Seafoam cooler is approximately $20 cheaper than the YETI Roadie 20 Cooler, it is more compact, but weighs 2lbs more.

While the design differences are few and insignificant, and both coolers are pretty durable, Orca products are made entirely in the US, while some parts of the YETI coolers are made in China and Philippines. Moreover, Orca products come with a lifetime warranty, which exceeds by far the five years available for YETI.

Finally and most importantly, according to several ice test challenges, Orca coolers have a reputation of holding ice longer than YETI coolers. This could mean a lot when you go fishing or are in need of a cooler for camping in order to keep your beverages and food cold. Whether you prefer the 20, 26, 40, 58, 75 or 140 quarts version, your Orca cooler will not disappoint you. 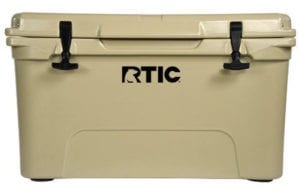 Is RTIC really as good as YETI? Hard to say! What we know for sure is that many buyers and specialists deem RTIC coolers as the best YETI alternative despite the fact that the brand lost significant ground when the manufacturer reduced their warranty period. Recommended to be used as benches, step stools, tabletops, and cutting boards as well, RTIC coolers remain some of the most durable and practical products in their category.

They used to have two weaknesses. One was the unsealed gasket, but the manufacturer replaced it with a new one that provides flawless, airtight sealing. The second one, still valid today, is the not-so-attractive design. However, the rougher lines should not impact your outdoor adventures, considering that your beverage, food, or fish will remain cold for longer than a YETI could hold them.

Perhaps the best RTIC vs YETI alternative cooler is the 45-quart model. It is about $20 cheaper than its YETI Tundra counterpart, of similar size, and of slightly higher weight. Additionally, the RTIC 45-quart cooler manages to hold ice for longer in similar circumstances. That should definitely count for something. 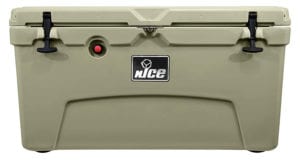 If someone were to clone YETI coolers, chances are the results would look just like nICE products: the same design, the same dimensions, and the same 5-year warranty. However, one important detail tilts the balance. The best nICE vs YETI alternative cooler, the nICE 75-quart model, costs less than half compared to its main competitor, the YETI Tundra 75. This alone makes it the best YETI alternative of 2020, pricewise.

Depending on where you go camping, you may care to know that nICE coolers are bear-resistant, too. Therefore, if a hungry bear craves your lunch or your freshly caught fish, the cooler will keep it safe. The only weakness seems to be the drain plug, which looks bad by some accounts and even had a hole in one case. Can you live with this fault for YETI capabilities at half price? 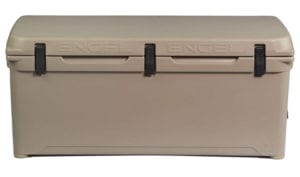 If you don’t care much about bells and whistles, Engel coolers could be the best YETI alternative you’ll find. Compared to high-end coolers like YETI, Orca, or RTIC, they do not have bottle openers, cup holders, or fancy details. However, giving them up will save you at least $100, perhaps more.

The best Engel vs YETI alternative cooler seems to be the ENG123 Roto-Molded cooler. Leaving the already-explained price difference aside, this model holds ice for up to 10 days. It will surely exceed the performance of the YETI Tundra 110 with at least 1 or 2 days due to its 2-inch polyurethane insulation.

Bear-resistant, according to its IGBC certification, it has the seamless unbreakable construction of whitewater kayaks. Its gaskets are airtight, made of silicone, and it has marine-grade compression latches. The material it is made of is UV-Resistant. With such a sturdy and practical build, who cares if it can open bottles or hold cups? 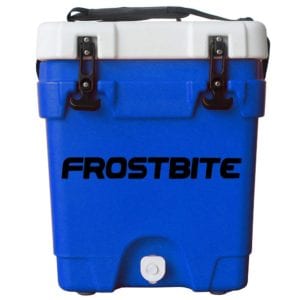 When you see the attractive prices and the sturdy design of these Frostbite coolers, you expect them to be a worthwhile alternative to YETI coolers. Unfortunately, they are not. They are indeed built of roto-molded, FDA-grade polyethylene, and you can use them both as step stools or cutting boards.

Unfortunately, that is about all they can do. They do not come anywhere close the YETI coolers in terms of ice-holding abilities. Moreover, many of them are delivered with a faulty drain plug, or the part in question breaks down after a couple of uses and leaves the cooler leaking.

Unless you don’t mind drinking warm beer, or your food spoiled by the heat, you should avoid this YETI alternative cooler. You’re better off spending a few more bucks on one of the much more reliable options presented above. 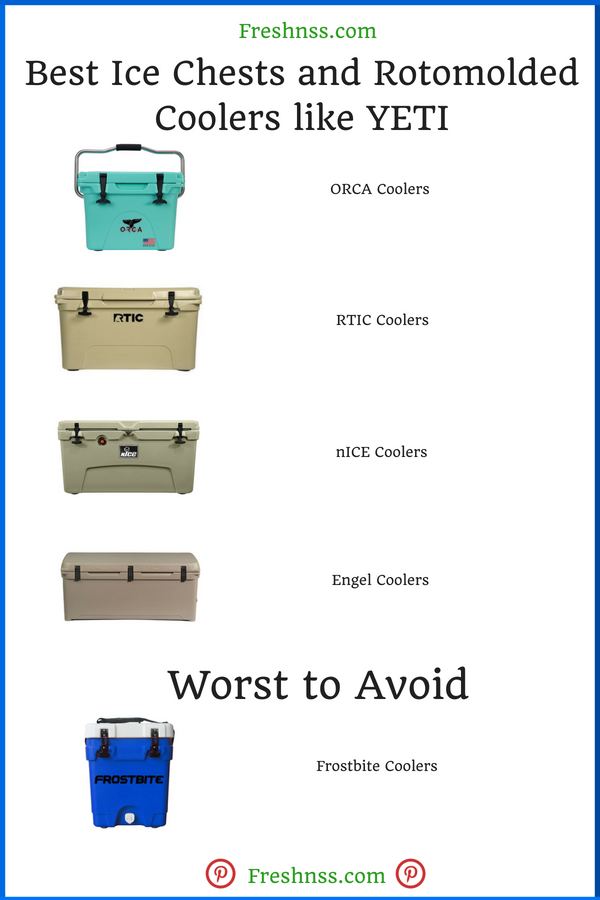 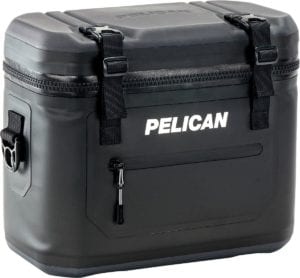 According to our research, Pelican brand offers the best YETI alternative soft-sided cooler. While Pelican is already famous for the quality, durability, and stylish design of their products, their products are slightly cheaper than their main competitors. If you consider the Pelican Elite 12-Can Soft Cooler as the best Pelican vs YETI alternative cooler, you will realize it is approximately 10% cheaper.

The two coolers have similar dimensions and comparative designs. However, the Pelican is about 50% lighter than its main competitor, which brings it valuable points with those planning long trips where each extra pound counts.

It also seems able to hold ice for longer, which is impressive, especially for its dark, warmth-attracting color. Its ice retention time makes it a great beach cooler. To get even better results, consider buying a lighter color or covering it with a white cloth. Your Pelican Elite Soft cooler will surely not disappoint you. 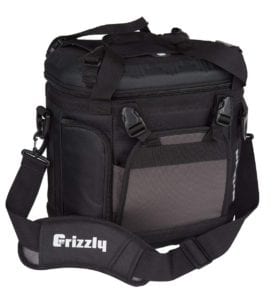 The best YETI alternative soft coolers for those who are on a limited budget or favor bargains are the Grizzly Drifter coolers, especially the Grizzly Drifter 20-quart cooler. At only half the price of coolers like YETI, Orca, or Pelican, even the lower capacity ones, like the 12-can model discussed above, this cooler is quite sturdy and reliable. The ballistic polyester shell and the waterproof ripstop confirm it.

Although a little heavier than YETI, it is also more stable and easier to use and transport. You can store foods and drinks in it without worrying that the ice may melt or the cooler will start leaking. It is also very comfortable to hold and carry around. When the weather is hot, you should expect some mild condensation, but it’s normal and common to most coolers. Also, it may help to cover it with a white cloth or towel if you plan on leaving it in the sun, as you already know that dark colors draw heat. 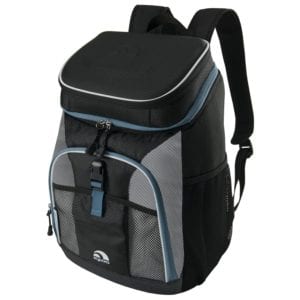 For those who are fond of backpack coolers but would rather avoid spending hundreds of dollars on the YETI Hopper BackFlip, the best Igloo vs YETI alternative could be an Igloo MaxCold backpack. You have no reason not to take a closer look, considering that it costs approximately 15% of the price of its main competitor.

As you are about to discover, MaxCold coolers are made of top-grade materials and have very stylish designs. They have a zippered top compartment made of EVA and adjustable straps padded with air mesh for increased comfort. The leak-resistant linear has antimicrobial properties as well. Your MaxCold backpack may not be the best YETI alternative soft sided option, but it will surely keep your food and drinks cold for the day. 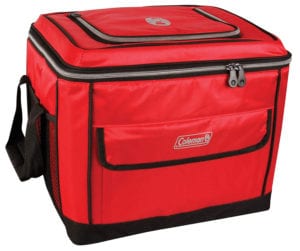 A viable alternative to coolers like YETI Hopper Two Portable, Coleman coolers are lighter and more compact. They are also ten times cheaper than their competitor, so you have no reason not to give them a chance. Hundreds of users testify to their efficiency and worthiness, so you risk nothing.

Just be careful with the zipper, don’t pull it too hard or it may break, and expect some moisture from condensation at the bottom of the bag. The good news is that even if something happens to the bag, you can always replace it and still enjoy considerable savings. 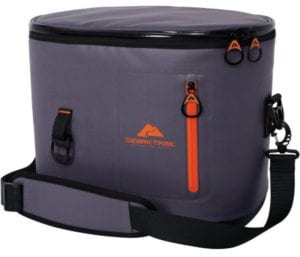 This is probably the worst YETI alternative on the market for the 24 cans version. While its price is comparable to that of YETI Hopper Two, it does not seem worth paying. The ice in it melts fast and starts leaking from the inside out. Moreover, the zip has been known to break down with ease, leaving your food and beverages exposed to hot weather and insects.

Despite the stylish front pocket and handy bottle opener, this Ozark cooler does not live up to its claims, so you should avoid spending any money on it. It is not even waterproof. If you check out the above alternatives, one will surely meet your needs, and at a more affordable price, for sure! 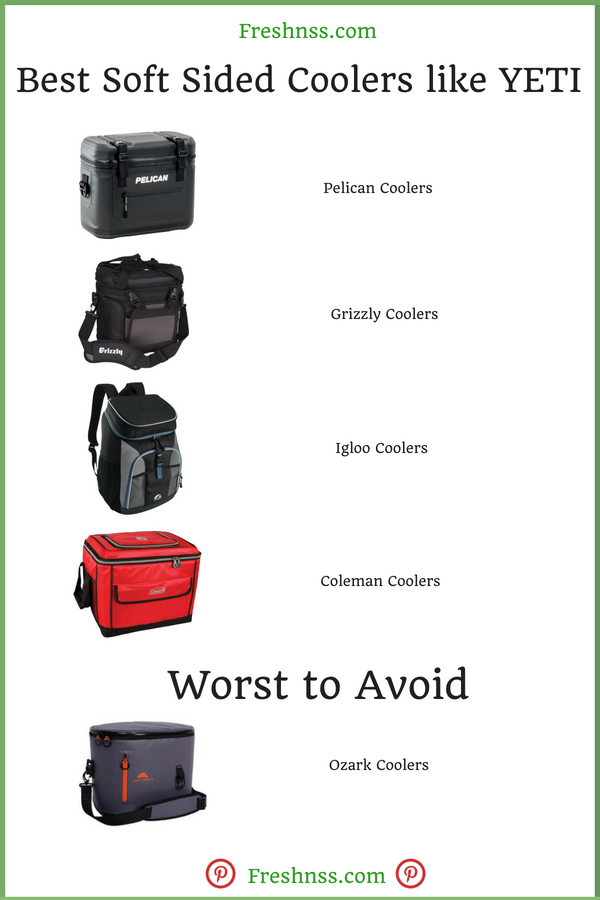 Choosing one of the best coolers like Yeti may not be easy, considering all the options. You need to compare the various makes and models available for each particular cooler type and choose the one that meets your needs and expectations. This means taking into account several important points, such as features, storage and ice holding capacity, price, warranty and reputation.

Is it really possible to find a Yeti alternative that’s cheaper, but just as good in quality?

Finding coolers like Yeti but cheaper is not an impossible mission. As shown above, brands like Orca and RTIC are just as good in terms of quality, yet slightly cheaper. There are also brands like Engels, Coleman, or Igloo which manage to offer excellent performance at much lower prices, by cutting out bells and whistles.

The reputation of Yeti coolers is only partly due to their impeccable quality. The other part comes from the company’s huge marketing efforts that many competitors decided not to match. They preferred to focus on quality and let their products sell themselves by word of mouth. It would therefore not be impossible to find a better cooler at a lower price.

Keep in mind though, that it is entirely up to you to identify the best YETI alternative because you know your needs, your expectations, and your budget better than everyone. Moreover, you are the one who will be carrying the cooler around and benefitting from its performance.

Final Thoughts on Buying One of the Best Yeti Alternative Coolers

Now that you know more about coolers like YETI, choosing the best YETI alternative of 2020 for your needs should be easy. Carefully assess those needs, re-read the reviews above if you have to, and you may find an appealing option. Whether you’ll save a great deal of money, or you’ll receive more in terms of feature and performance, with these alternatives to Yeti, you can bet you’ll be happy with your decision and enjoy your new cooler for years to come.

Hi there, I'm Ricky! Welcome to Freshss where you'll find fresh ideas everywhere you drink or eat in 2020. Learn More …